Today’s interview is with Grace, a British expat who is living in Denmark. 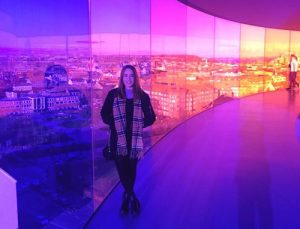 “I graduated from university in the UK in July 2016 with a Bachelor’s degree in Sociology.

Like many other graduates, I had absolutely no idea what I wanted to do next in my life! I knew I didn’t want to keep studying Sociology at a higher level, but I didn’t feel quite ready to get a full-time job.

My boyfriend is Danish and we began to joke about me moving to Denmark to work or study. I was a little apprehensive about the idea at first but then I thought ‘why not?’, it would be a great experience and a chance to see what it’s like living in Scandinavia.

In August 2016 I made the move to Aarhus and I am so glad that I did! I am studying towards a marketing qualification here and I also work part-time for a fashion company.”

Why Did You Move to Aarhus?

“Of course it was convenient that my boyfriend lived here and already had an apartment.

However, it was also important to me that I found something that I really wanted to do whilst I was here, so I was lucky that I found a great education program.” 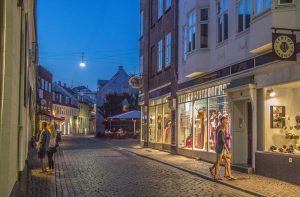 “I love how safe it is here. In the UK I tend to feel a little on edge when I’m walking alone, especially at night, but here I don’t get this feeling at all.

I also love the size of the city; it is not as big as Copenhagen or London but it is just the right size to still feel busy but at the same time, still cozy.”

What Do You Dislike About Living in Aarhus?

“I wish that I could pick all my friends and family up and move them here!

Apart from that, there is not much that I dislike about living in Aarhus. The only thing I can think of is that some things, like groceries and eating out, are a lot more expensive here than it is in the UK.

In England I tended to go out for dinner with my friends and family a lot as it is fairly inexpensive, but because of the prices here in Aarhus it is not a frequent occurrence.”

What Is Your Favorite Thing to Do in Aarhus? 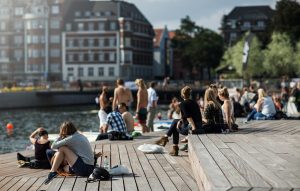 “I love to go to brunch on the weekend down by the canal that runs through the center of the city.

A lot of the cafes by the water have buffet brunches, which are a lot cheaper than eating out at dinner-time, with so much yummy food. It’s a really nice relaxed way to spend a lazy morning.”

What Is Your Favorite Place to Hang out in Aarhus?

“A really great place I like to go to eat is to Aarhus Street Food as it is huge and has so many different food options.

For nightlife, I really like a bar called Hornsleth which is in the city center. It gets really busy on the weekends and they play good music over a couple of different rooms. The website looks a little strange and the club itself has a lot of odd artwork and writing on the walls but I promise it’s a nice place!

For a more cozy and relaxed atmosphere I like to go to the Latin Quarter of the city to places like Café Jorden.”

“I have never reached out to expat communities or forums here in Aarhus but I know that they do exist.

One example is the International Community Facebook page – they regularly post about expat events that are happening in and around the city. Another option is the Aarhus Internationals Facebook group”

Any Tips for Moving to / Living in Aarhus?

“Accommodation is hard to come by here. Many of my friends have struggled with finding apartments or rooms.

I think a good tip for this would be to try and make friends with some Danes who can let you know when they hear of a friend who is looking for a roommate or a renter as it is not often that they will appear on letting websites.

If you are an EU citizen, make sure to register for your EU residence certificate and CPR number as soon as possible. This number will allow you to open a bank account, get a job and a travel card. The process of getting this number can take months so be sure to get the ball rolling as soon as you move to Aarhus as without it, things are a little trickier.”

Any Resources You Found Useful During the Process of Moving to And/Or Building a New Life in Aarhus?

“I browsed mostly government websites and also websites like Work in Denmark to find out about the formalities of moving here and what I needed to do when I got here.

I also read a book called ‘The Year of Living Danishly’ by a British author and journalist Helen Russell. It gave me a humorous taste of what to expect when moving here and it has been very accurate!

In terms of building a life here, an essential website that is also available as an app is Rejseplanen. It is available in both English and German and is a quick and easy way to check out bus and train times.

Of course, the Google Translate app has also been a lifesaver. Most Danes speak great English but it is always handy to have and it has saved me a few times!”

Is There Something You Just Have to See or Do When You Are in Aarhus?

“The biggest tourist attraction here in Aarhus is the ARoS art museum and I can see why. It has lots of interesting exhibitions of mostly modern art, but the stand-out feature is the circular glass rainbow walkway that is on top of the building.

That is definitely a must-visit if you find yourself in Aarhus!” 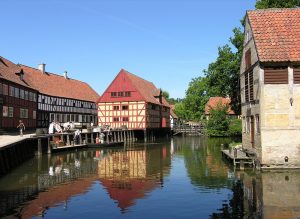 Aarhus is the main city on the Jutland peninsula in Denmark. With a population of just over 300,000 people, it is Denmark’s second-largest city and the city with the youngest population.

Aarhus offers an elegant mix of cosmopolitan city and small-town charm, with lovely pubs, restaurants and romantic places. It is often said to be one of the best places to live in Denmark.

Den Gamle By is its old town open-air museum, with centuries-old timbered houses. Nearby are the greenhouses of the Aarhus Botanical Garden.

Aarhus is known as the city of cafés and has for many years been known as a nesting box for Danish musicians and bands, primarily in mainstream pop and rock music. It hosts the largest cultural festival in Scandinavia, Aarhus Festuge (Aarhus Festival).