Huset KBH is one of the oldest cultural institutions in Copenhagen. Home to five stages and a cinema, it hosts more than 1,500 events a year, ranging from live music, theatre, stand-up comedy and film screenings. Chances are you’ll find something you like in the venue’s repertoire. Local Sigrid’s first introduction was randomly coming across an intimate live performance by a rock band in Huset’s courtyard. 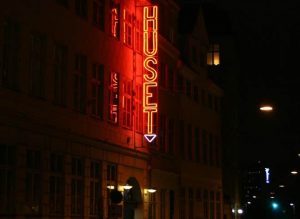 Local Pernille is a big fan of DR Koncerthuset because “it has the same feel and expression of a classical music hall (which it is also used for). But a lot of rock, pop and alternative concerts and shows are going on here as well.” So lovers of all types of music will enjoy a night out here. The stage has welcomed big names such as José González, as well as jazz bands, grand symphony orchestras playing Mahler or Verdi and the Danish National Girls’ Choir. Feeling festive? Sing along to a Christmas performance.

Drone is a relatively new spot in Nørrebro where the DJs mix tracks by well-known rock bands, and live acts occasionally perform. Don’t worry, though, according to Pernille they do have the utmost respect for the fine art of rock. The basement venue has grungy, graffitied toilets (the doors don’t have locks, so look out for unexpected company) while upstairs is for sitting down. “This is a treat above a lot of experiences in Copenhagen. They don’t have a stage and you don’t have the distance. You are just right there with the people performing,” says Pernille. 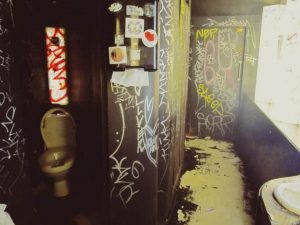 Many of Copenhagen’s venues offer a broad spectrum of musical styles, and this next one is no different. According to local Cindy, this truly is one of Copenhagen’s best places for live performances. She writes, “Loppen hosts concerts with everything: surf, neo folk, death metal, punk, hip hop, dubstep, the list goes on. The atmosphere is intimate and relaxed, and you get really close to the music, very literally, because the stage is not much more than 25cm above floor level.” 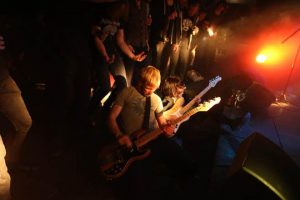 Our final tip is for jazz lovers. In fact, Cindy reckons everyone should visit Jazzhouse – even if jazz is not your style – because other genres are also welcome. That said, this is the place to go on Saturdays for late-night concerts, when it turns into a cool live jazz club.